I admit it, I’m an indie pattern fan. I tried a few “Big 4” patterns (McCalls, Butterick, Vogue and Simplicity) when I was starting out, and they almost all turned out oversized and ill-fitting. I got into the habit of buying Indie patterns instead, and never looked back… until now!

This year one of my Top 5 Sewing Goals is to sew a Big 4 pattern each season. I want to give mainstream paper patterns a shot in case I’ve been missing great things all along! I decided to start with Burda 6439, View A, because I love the fluttery sleeves. I don’t have anything like this in my pattern collection already, so it seemed worth a shot. 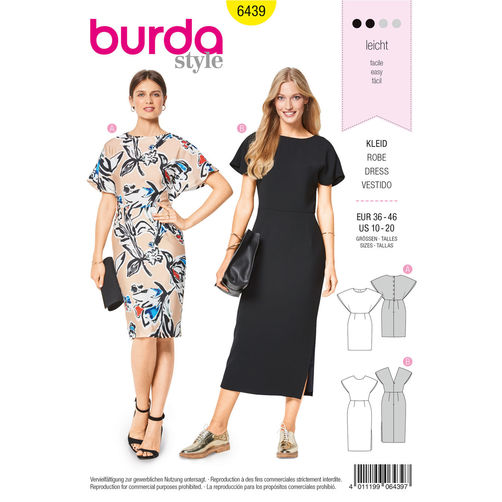 You’ve already seen one version of this dress, so you know it’s a winner! This time I wanted to talk a little more about my experience sewing a Big 4 pattern.

1. I’m two sizes too big for this pattern. That’s not a very good start, is it? I switched it from woven to knit, so the largest size fit fine… but I”m annoyed at the lack of inclusivity. 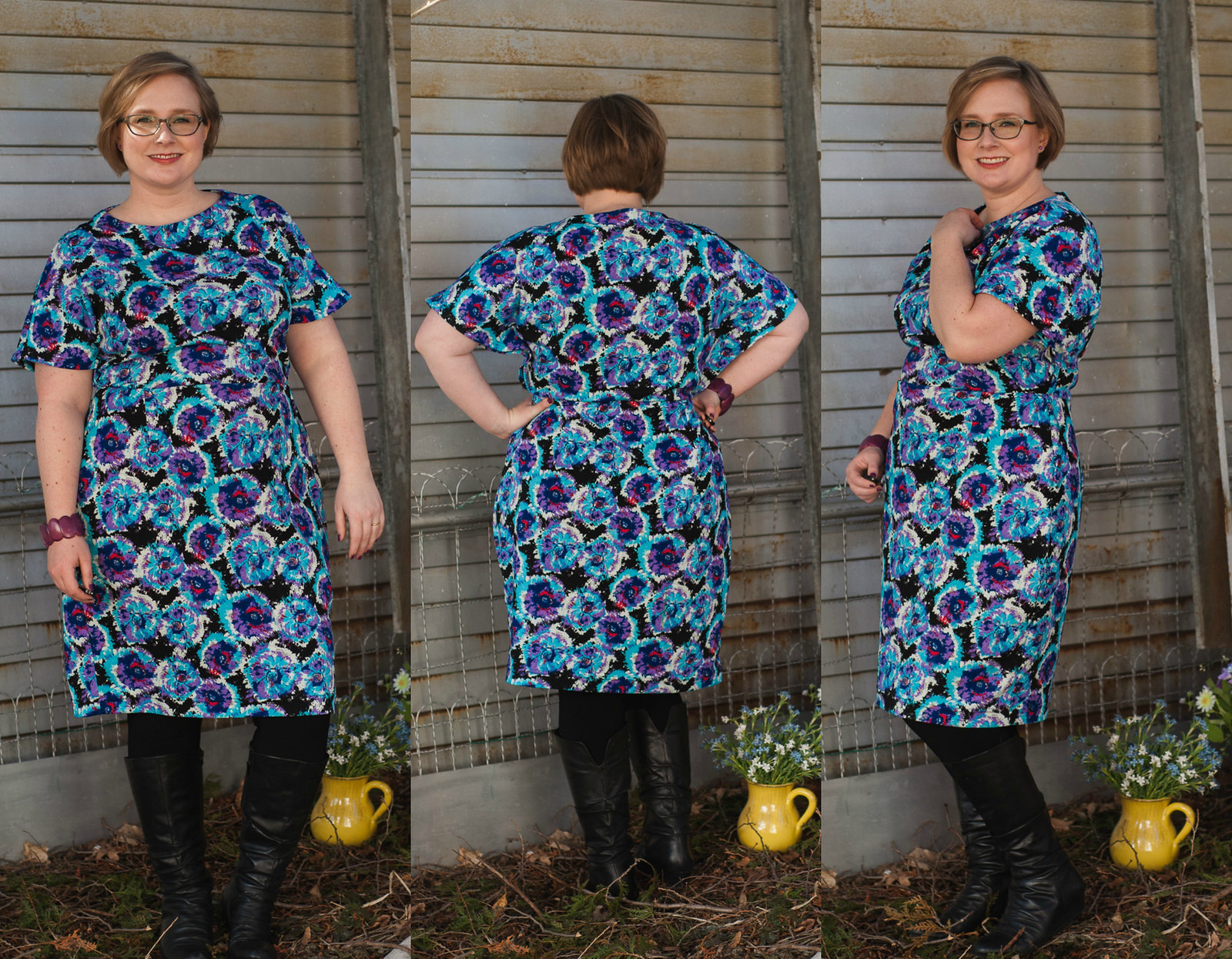 2. The instructions were… ok? I mostly ignored them because I was sewing a knit and that changed construction, but I still had to read a few sections a couple of time. Not bad though!

3. It told me to hand-stitch the sleeve hems. WHAT? WHY? I can’t think of any reason for this. 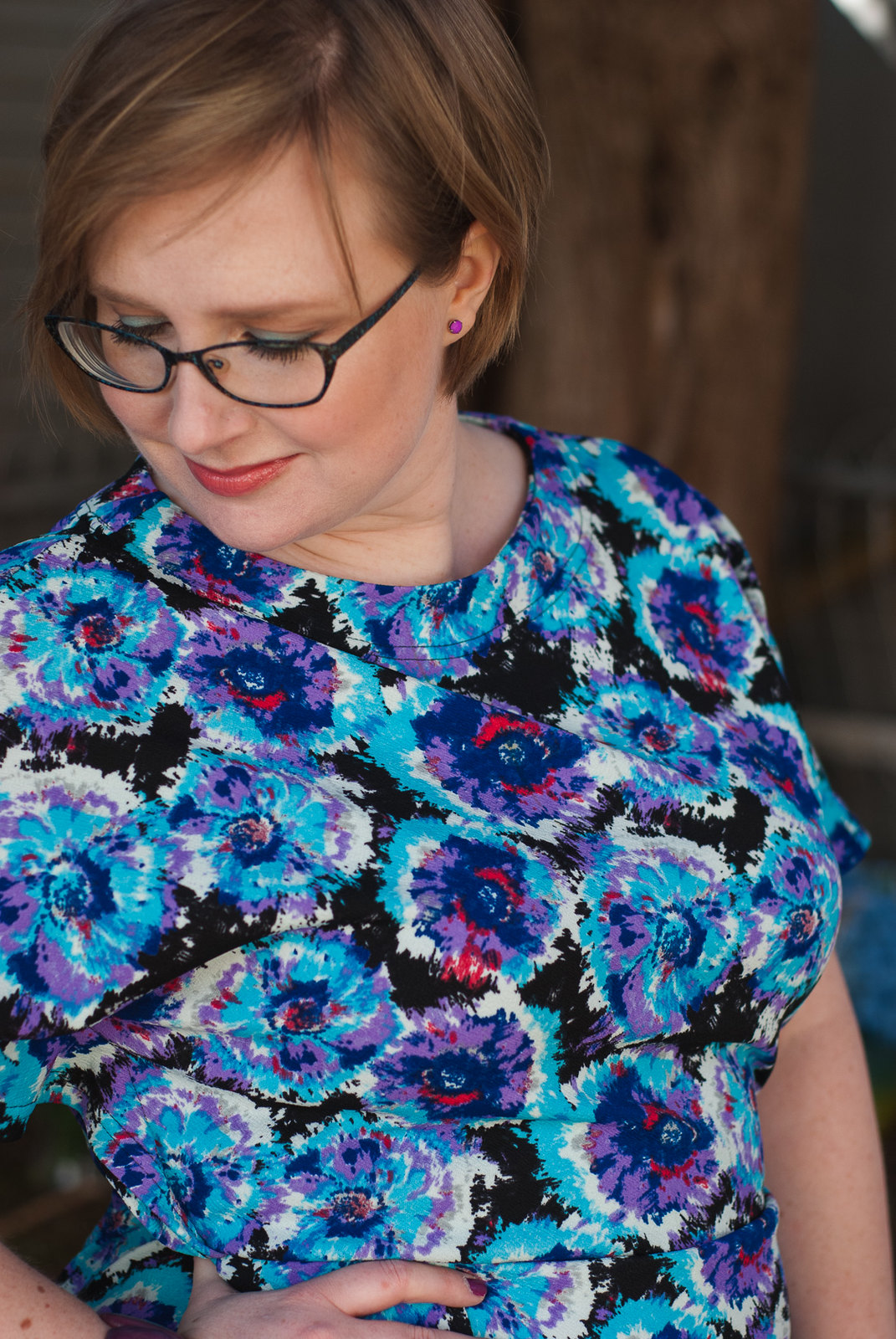 4. Everything was nicely drafted, and fit together well. I’m happy that I only had to make very minor adjustments like a swayback. 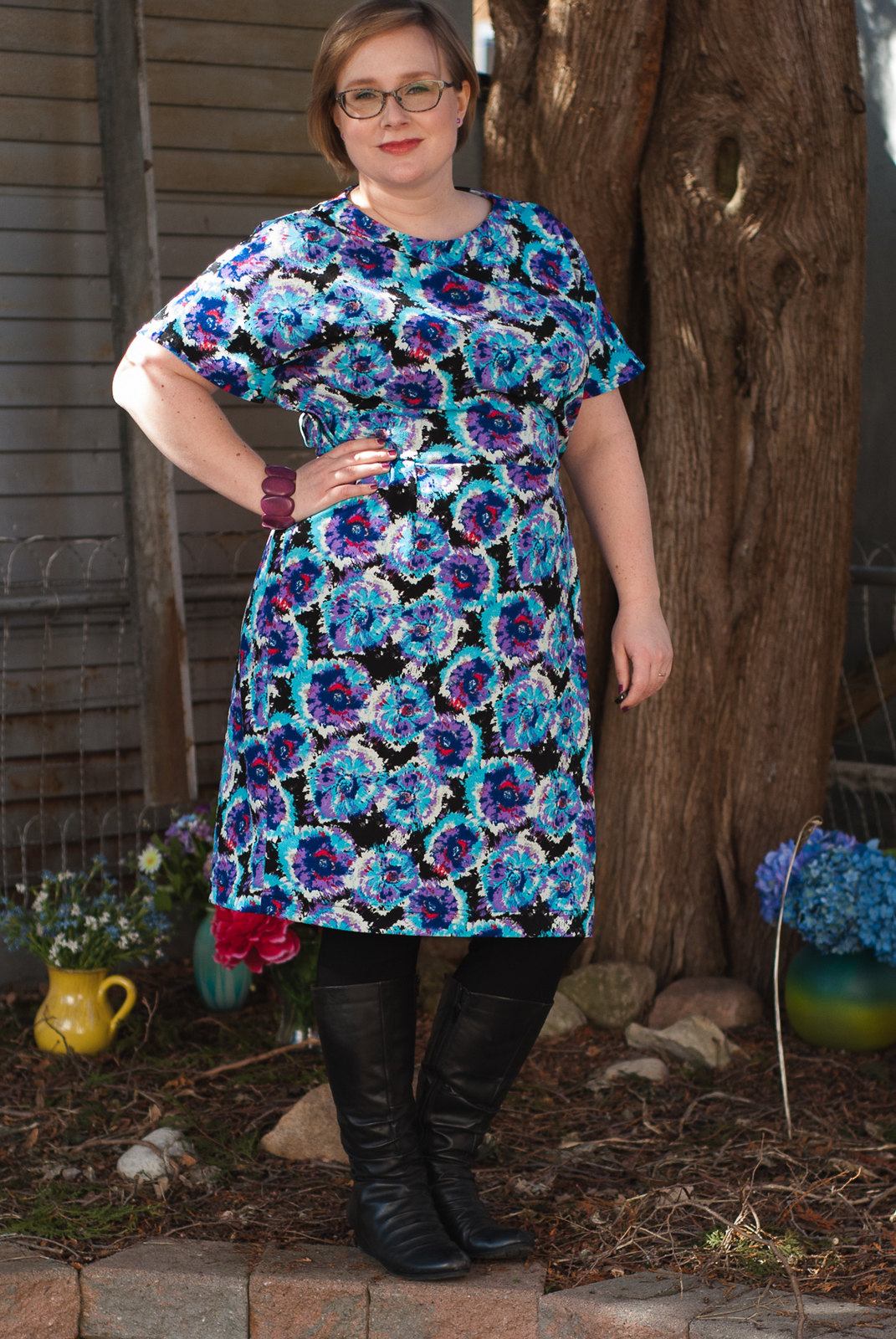 5. Big 4 patterns cost a fortune! I really was expecting how expensive it would be in Canada to source patterns! This one cost $9 (thanks to half price Burda patterns at Club Tissus) but then I still had to pay shipping. An indie pattern would almost definitely have been cheaper. 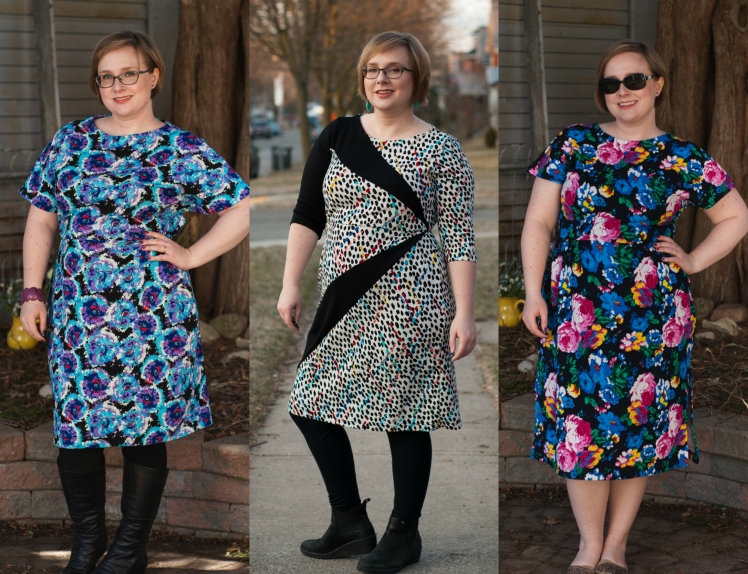 6. I love this pattern! I’ve made two full versions, and used the skirt on my Angles dress and I will definitely sew it again. I sewed these dresses when there was still snow on the ground, and wore them with leggings, boots and sweaters… but they also work well now that it is spring with bare legs and sandals. I think the Liverpool poly knit will be too hot in full summer, but that still makes for quite a versatile pattern!

Overall, I think this experiment was a success! I would sew a Burda pattern again if the style and sizing were right.