That leopard top I just blogged? Yeah, it started life as a dress! 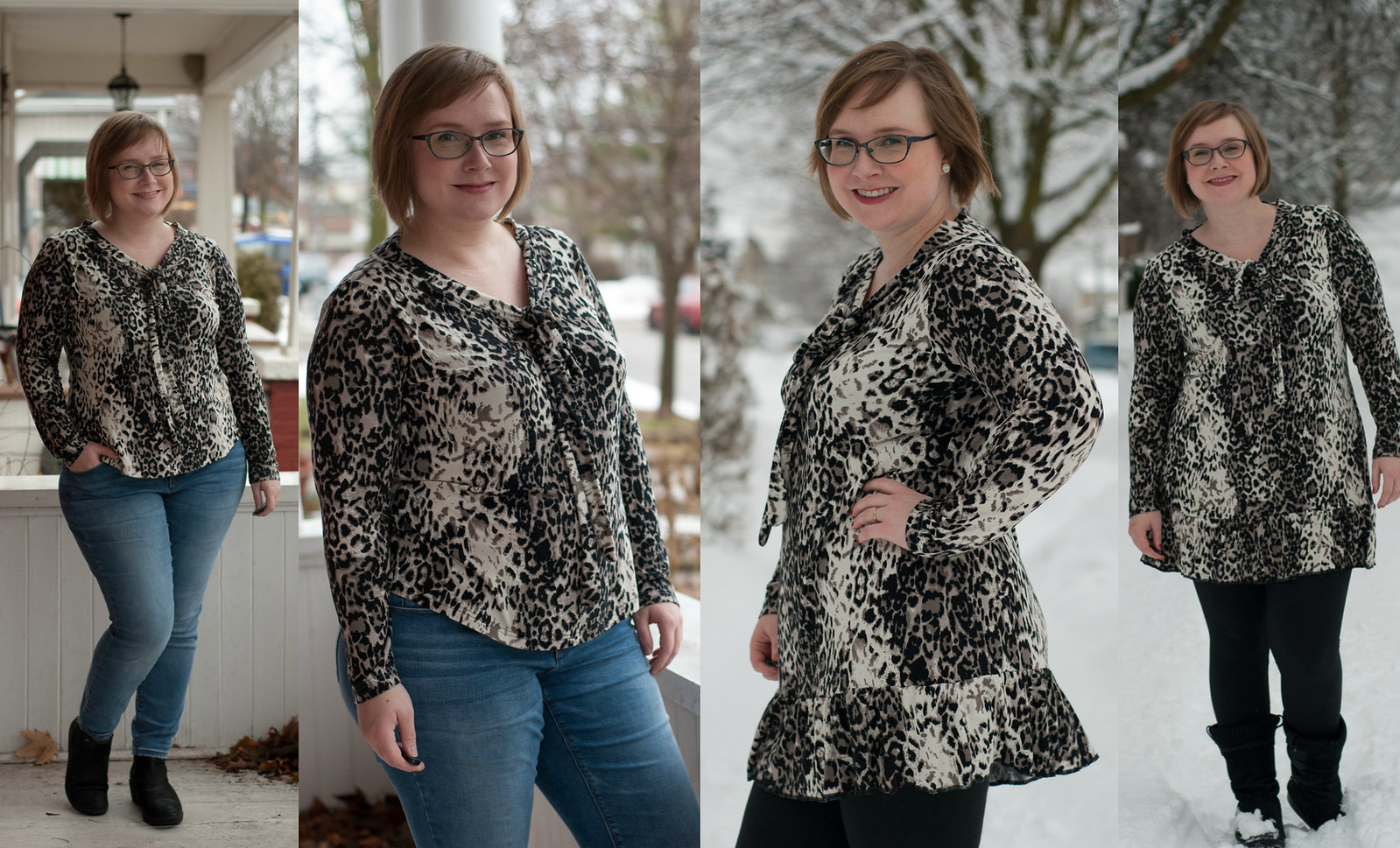 My first version of this Concord Dress hack was one of my Top 5 makes of 2016, so I thought another version would get lots of wear. And I did wear it a few times, but there was one issue I couldn’t get over: It was too short at the back!

Just by an inch, I swear, but that inch made a big difference. In the pictures above, see how the seam where the ruffle is attached is only barely bast the apex of my bootie? In the original version, that seam sits an inch lower and is therefore more flattering and less likely to flash the world in a gust of wind! 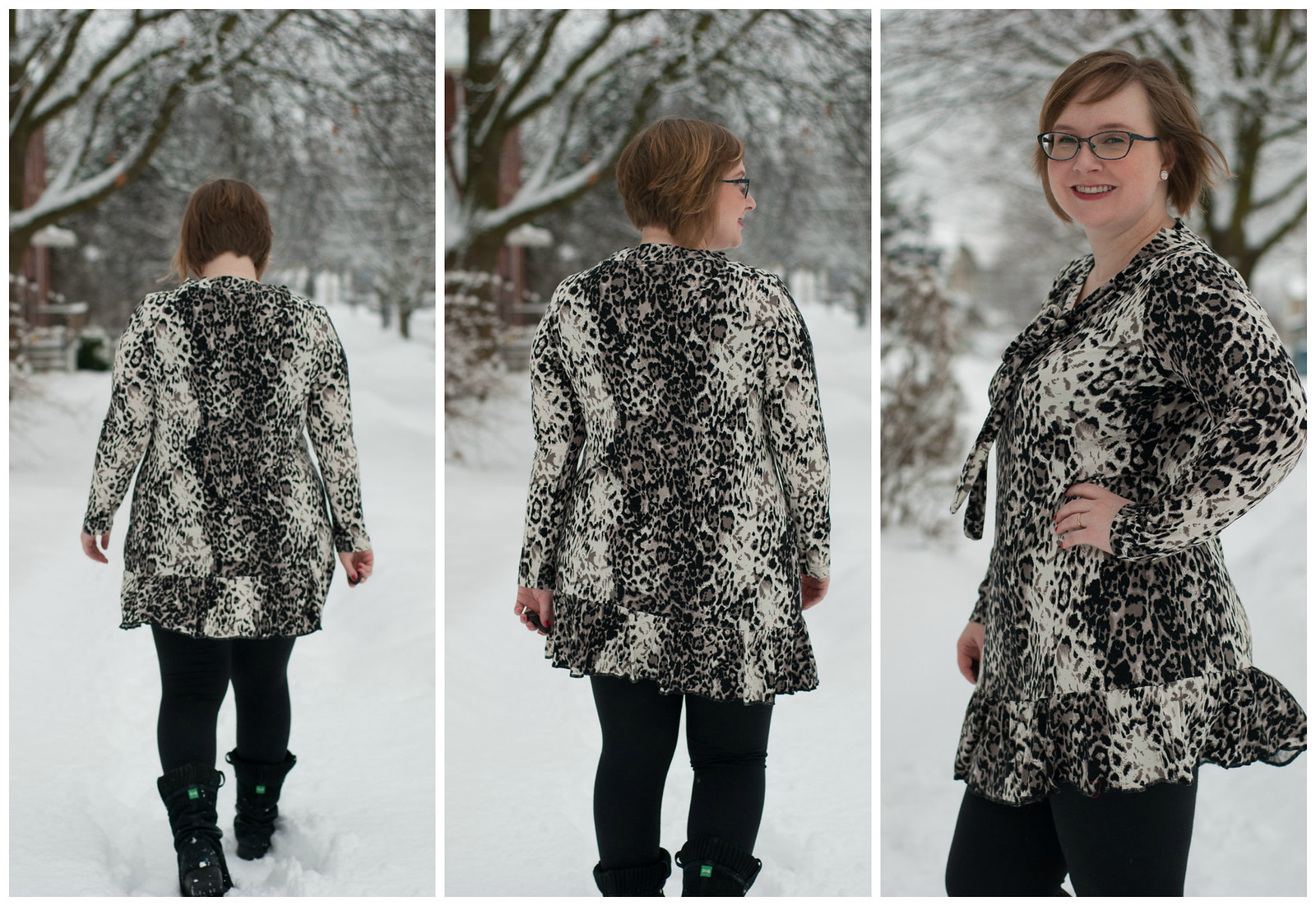 I think there were two issues. The pussy bow is heavy enough in this rayon jersey that it pulls the shoulders forward, when then pulls up the back. As well, the front of Cashmerette patterns have extra length to accommodate the bust, but I typically trim some of it off. I forgot on this version, so the front is actually longer than the back. That visual imbalance makes the back feel even shorter.

I considered a few solutions: take off the ruffle and replace it with a longer one; add another tier of ruffles; shorten the front ruffle so the back *looks* longer; or throw the whole thing in the corner for bad behaviour! In the end, I need tops more than dresses, so off came the ruffle and I did a curved hem instead.

I can’t be the only one who ends up with hacks that don’t work and mini-dresses that are too short – because this is definitely not the first!

This collage is making me miss summer SO HARD!

Here’s a few other solutions that I’ve tried or would suggest:

My goal for this “Lazy Tips for Fixing Knits” series is to show that a) everyone makes mediocre projects sometimes, and b) it’s worth going back to see if you can fix them! I would have continued wearing the dress versions sometimes, and yanking it down in back all day… but the top version feels much better. Hurrah!

3 thoughts on “Lazy Tips for Fixing Knits: Too Short!”