It’s my 5th wedding anniversary today, and we’re celebrating by going to see one of our favourite bands play in Canada for the first time! A few days ago Jamie was showing me live concert video on YouTube, and I got inspired by the stage costumes the band wears… and half an hour later, I had my own knock-off/tribute version all cut out!

(Here’s a link to their YouTube so you can listen as you read: https://www.youtube.com/user/EvrythingEvrything)

You know how unlike me it is to sew a solid, so I was rather proud to find enough jersey in similar colours. You’ve seen all three fabrics before as this scarf, this top and this tee! The neon coral was the only one with enough yardage to be the dress, so it became the main colour by default.

Wherein lies the problem. This fabric is in no way thick enough to be a dress, and I knew it when I bought it. Last summer I made two tops out of other colours of the same fabric (Actually, that might be the real start of my tent-shape obsession!) but as a dress? It doesn’t leave much to the imagination. 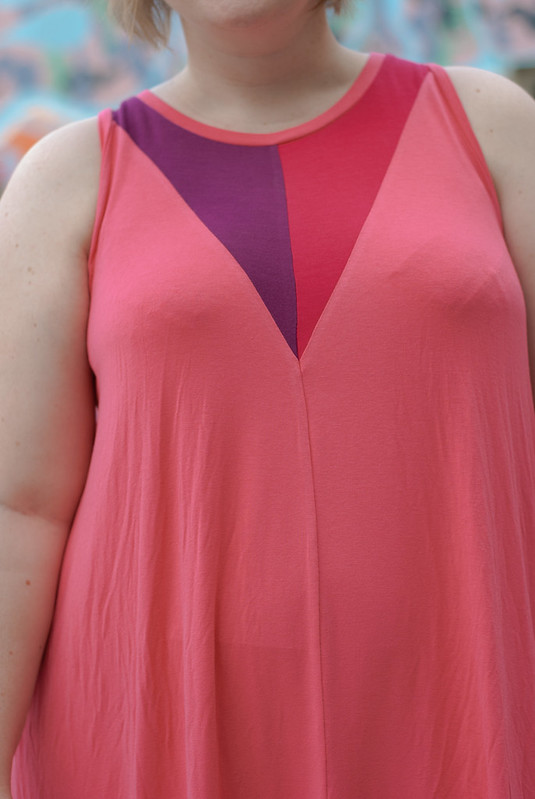 Folks, I am wearing SPANX with this! Goodbye, easy breezy summer dress, hello sweaty tight Lyrca! I take it as a point of pride that my blog pics are honest to how I’ll actually wear clothes, so I almost never wear them in pictures. Worse, every bra I own shows through, in outline if not in colour as well. Why you gotta be so sheer, jersey?

(OK, obviously it’s not indecent, but I’m a prude AND I like to be totally comfortable in my clothes!) 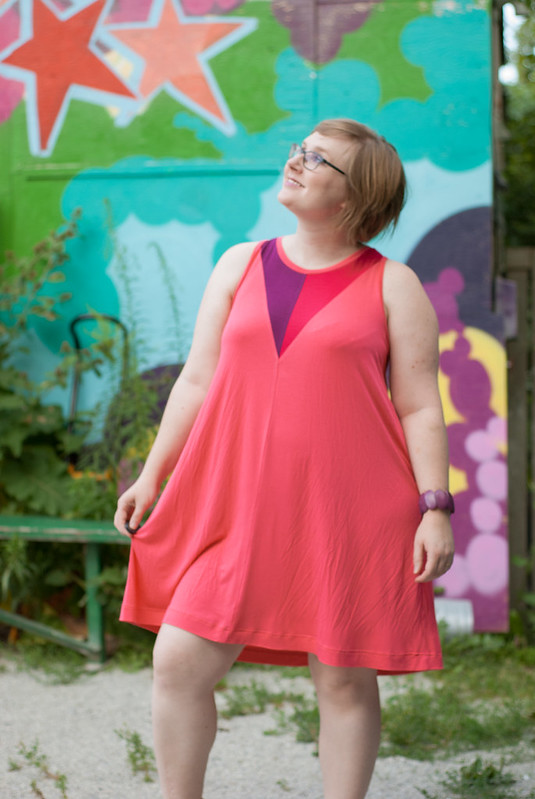 That said, let’s talk about what’s great about this dress; 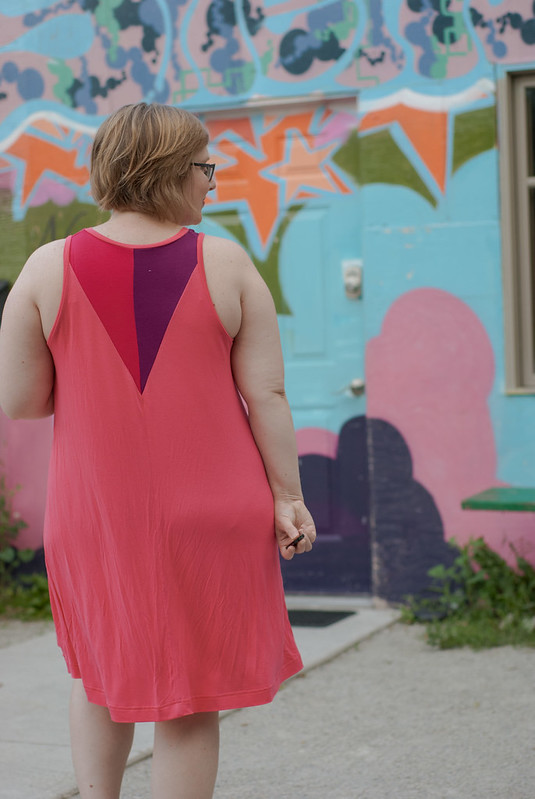 As I went out to take blog pics, I told Jamie, “It’ll probably end up as pyjamas!” But after a few days, I decided it could do better – like this! 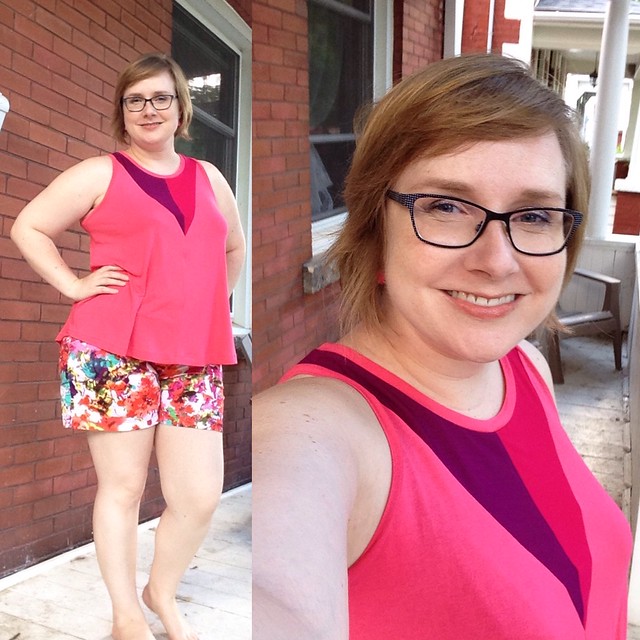 Yup, my dress is now the tank the pattern always intended. As a top, the sheerness doesn’t bother me nearly as much. I thought for a while about sewing a denim mini to wear to the concert with it, but laziness prevailed and I dug out these Profontaine shorts from last summer instead. Why throw good fabric after bad?

So there you have it, my third tent dress trial. An excellent pattern if you want a swing tank or tee, either of which can be lengthened into a dress. Unlike my first two dresses (Jorna and Groove), this one has no shaping at the bust and angles straight out from the armpit. A good pattern, and poor fabric choice!