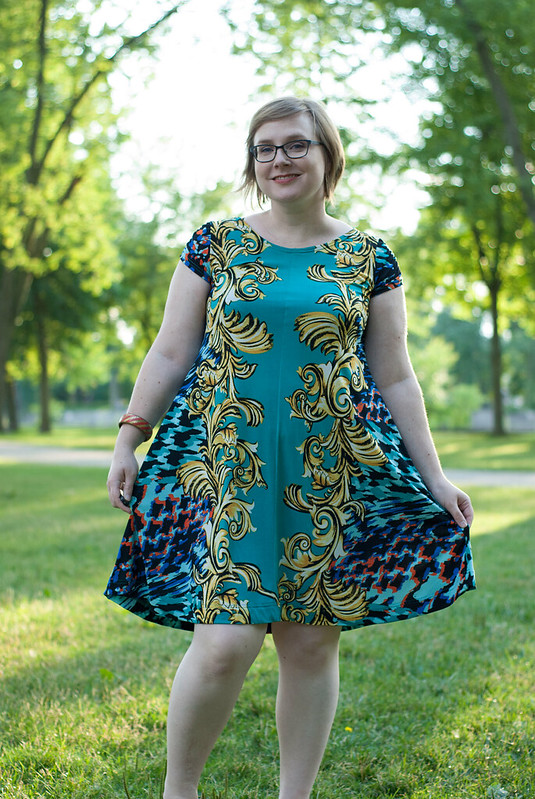 Ta-da! It’s my latest tent dress! This one is the Groove Dress, which has both a child and a adult version. It comes with a bunch of variations, like short and long sleeves, a cowl and hood, and a high-low hem or straight hem. There is some interesting shaping: the side seams don’t flare out until under the bust, and there are optional fisheye darts in the back. If you are looking to dip your toe into the world of tent dresses, this is a nice place to start! 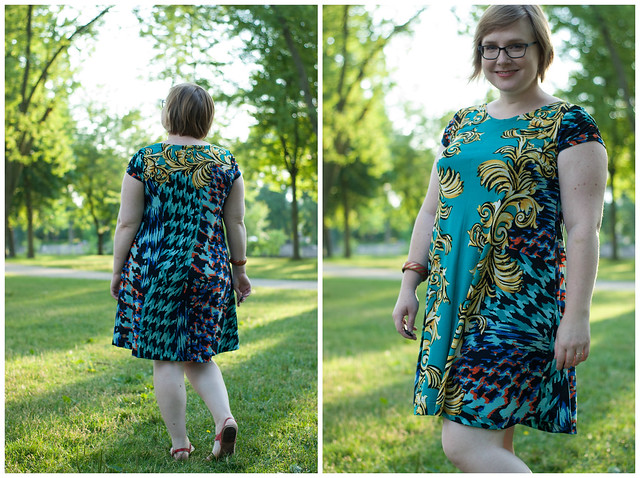 I feel like the real story is this amazing ITY knit – amazing, as in probably not many other people would buy it, but I  love it! Teal, black, royal blue, orangey coral… it’s right up my alley. It’s a border print, with the baroque scrolls running up both selvedges. Thanks to everyone on Instagram who helped me decide on placement! 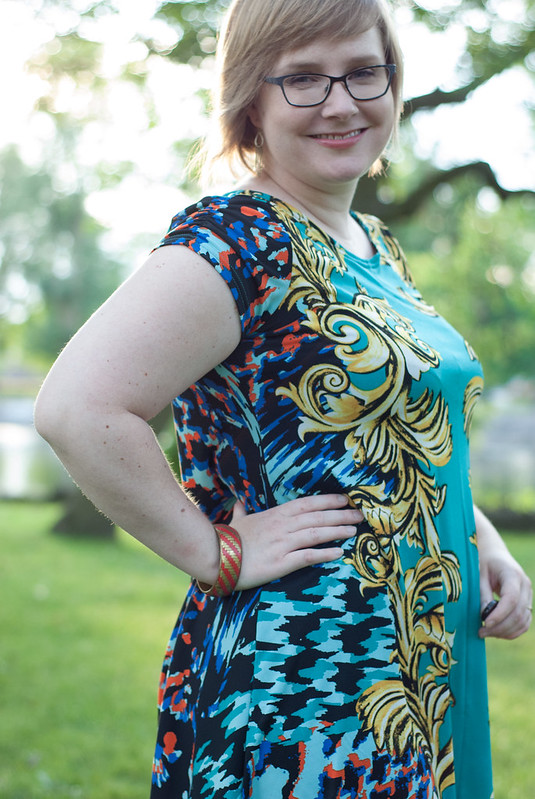 In all this pictures I’ve seen of this dress online, it looks really swingy… but comparing it to other patterns, it’s actually about the same shape as a Santa Fe top. I shortened it at the hem (as the pattern suggested) but the end result was it’s not nearly as tent-like as I imagined! That’s also partly because I sized down one size, thinking that would give me a slightly fitted bodice to balance the very swingy hem… which I actually created was an almost too-snug bodice. In a drapier or stretchier knit, it would have been the right choice. Oh well! The upside is that this is now a very wearable dress, instead of the bonkers over-the-top tent I planned. 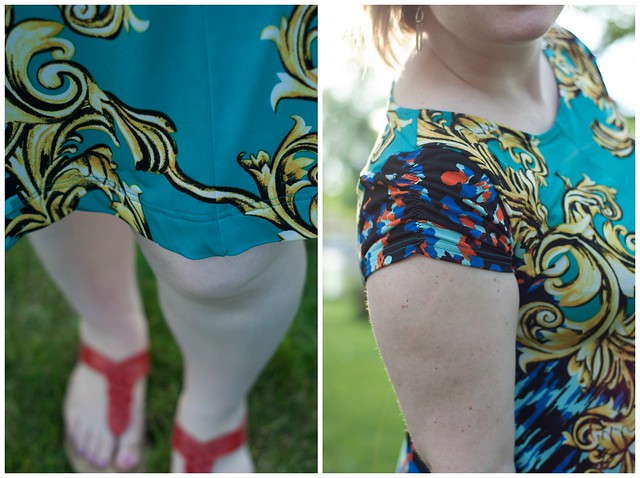 A couple little details that I enjoy – look how perfectly the print matches across that centre seam! I admit, it’s partly accidental. I hand-basted it to make sure the twigs would meet, but I didn’t realise until I sewed it that the design actually flows across. I did a nice deep hem to give it weight, and added some ruching on the sleeves when they turned out a little longer than I wanted. Oh, and I cut more of a scoop neckline on the fly because the high neck is seriously close fitting!

For a bit of Better Pictures Project fun, I tried to get some lens flare… 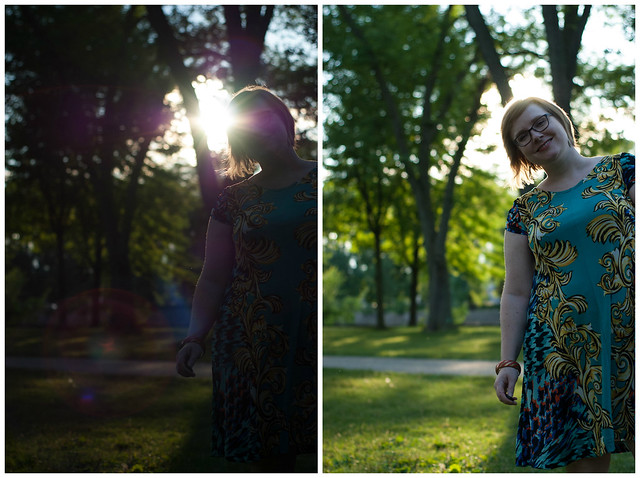 …which ended up as a bunch of super dark pictures, and some pictures of me with a halo, but no actual lens flare! Anyone know the secret? 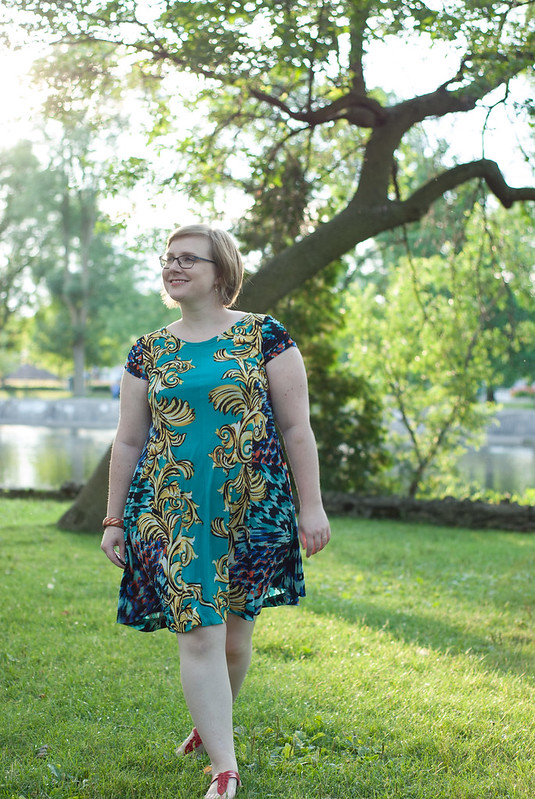 All in all, I’m happy! It’s not quite what I pictured, but maybe that’s a good thing. A really crazy dress would only get worn in summer, but this I’ll actually wear to work!

Next up in my tent dress trials: I’ve got plans to make a Papercut Sway in navy crepe. The tasteful ying to this dress’s yang!