I’ve been on a quest since summer to figure out how to sit in pictures and not look, well, lumpy and stumpy! It’s nice to have a variety of poses to shake things up, and after standing and leaning, sitting seems like the obvious next choice.

When I talked to Jenny about photo tips, she mentioned making lots of angles with the body – and one picture of her sitting on a folding chair really caught my eye. 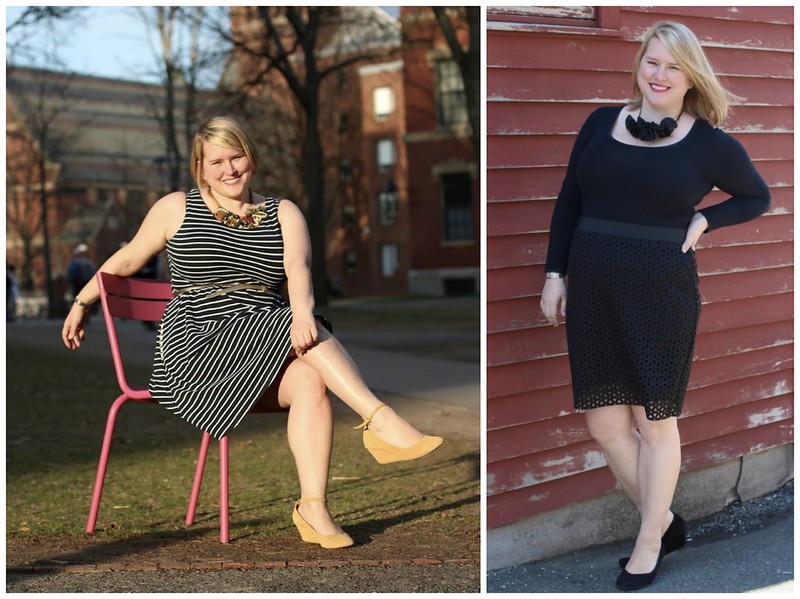 Photos belong to Cashmerette, of course!

See how elongated her limbs are, and show she still has definition around the waist? And because she’s at a bit of an angle, her legs aren’t totally foreshortened? (Foreshortening is when a something extended towards the camera ends up looks stubbier, like one leg/arm is shorter then the other.) This suddenly became my new goal.

The day I took my “motion” pictures, I also tried sitting pictures. (It’s a hard life, but someone has to do it!) 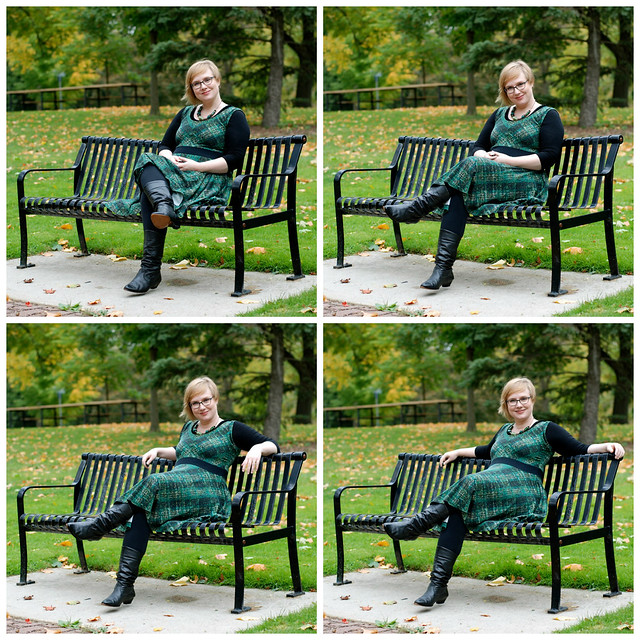 Voila: the 4 stages of sitting.

Top left: Sitting with leg crossed towards the camera. The crossed leg is foreshortened and almost disappears. Not good.

Bottom left: Arms propped on the back of the bench. Gives more space around my torso, and I think that’s good.

Bottom right: Arms extended. The best, I think? (If I was going to be insanely picky I’d say that the way the skirt drapes straight out from my waist to my knee isn’t ideal, but really, this is not Vogue, who cares?)

What do you think?

Then I went a bit nuts and tried to sit in every different pose I could think of. I must have looked bizarre to people driving by! 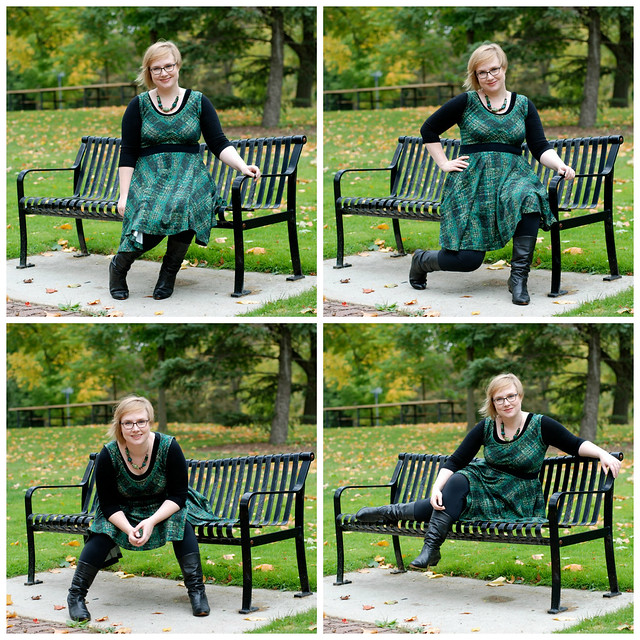 From top left: Midget, proposal, this looks cooler when rugged guys do it in headshot photos, and Cleopatra.

From my experiments, here are my “rules” for sitting pictures:

And yet… rules are made to be broken! Sometimes a picture doesn’t have to show off you and the garment perfectly. A picture might be there to add variety to a post, capture a mood, or because your face looks hella good in that shot!

Here are some sitting pictures I’ve taken in the last few months: 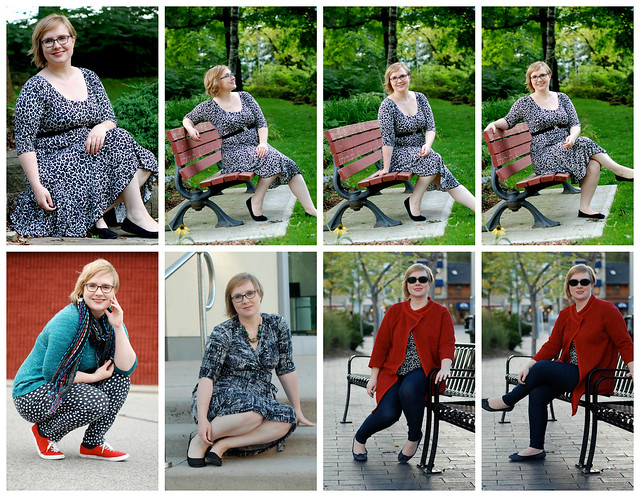 Now, all those squatting ones do little to show off the clothes – but I like them anyway! (I do notice that my legs are always turned away from the camera, which might be helping balance the scrunched up pose.) I can’t chose a favourite between the Jalie dress pictures, because they all have parts that work well. In the red coatigan, my legs are foreshortened in the lefthand picture, but I feel like it still works because the lighting and face are good.

In fact, pretty much every close-up picture of my face on the blog is when I’m squatting or bent over, like this: 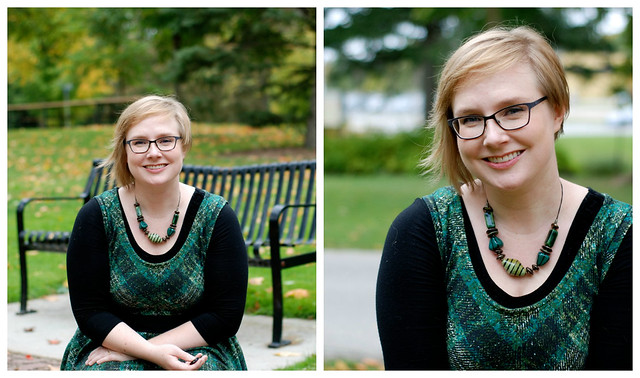 I take all my standing pics, then I get in close to the camera and take some  face shots. I don’t know if it’s the angle of the head, or just that I’m in a comfy, solid position, but I seem to get the most flattering pictures this way!

So – sitting! Do you sit in blog photos? Will you try it now? Am I insane for overthinking this so much? Tell me, dear readers, tell me!

PS. Lots of awesome Better Picture Project action going on – If I’ve missed anyone, tell me in the comments!

45 thoughts on “Sittin’ Pretty: Aka. How to sit and still look pretty in pictures!”