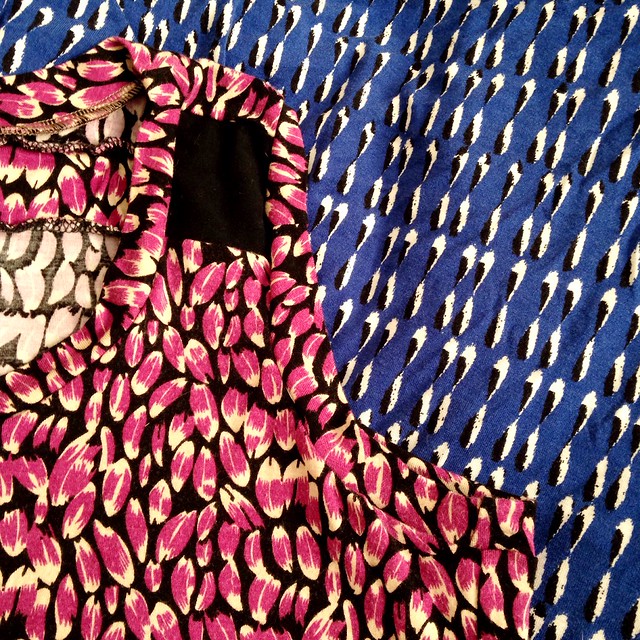 There’s a strange satisfaction in being consistent with my fabric choices…  so I was pleased to realised that both these recent makes feature feather-ish shapes with black, white and jewel-tone colours! There’s really no other similarity in the projects, but I’m blogging them both together anyway. 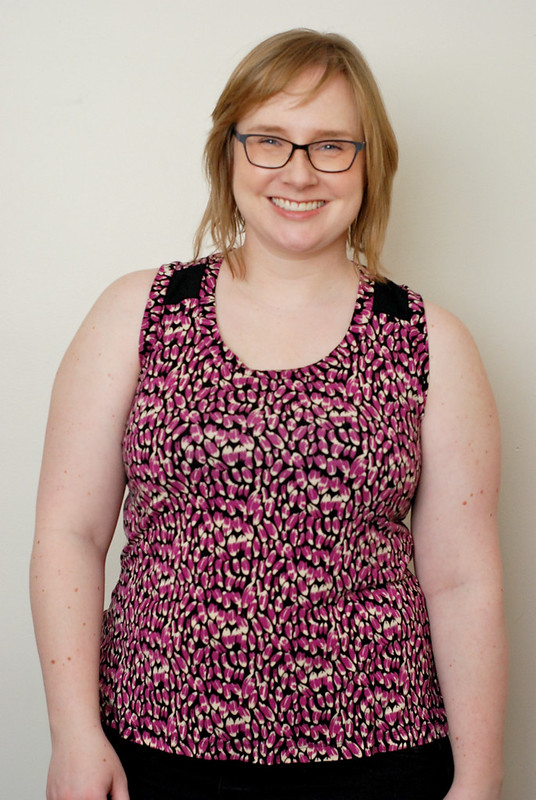 First, a 2nd-hand dress refashioned into a tank. The dress had sat unworn for a couple of years ( I think Another Sewing Scientist has the same dress, and the same fit issues with it!) The tank is mostly made from the skirt, with the bands cut from the bodice and sleeves. The skirt wasn’t *quite* long enough to make the tank, so I had to bodge things a bit, including the contrast black on the front shoulders. With such a busy print though, you can’t even see that the old waistband actually runs between my shoulder blades, or that the bands include old seams… a good print distracts from many faults, ammiright? 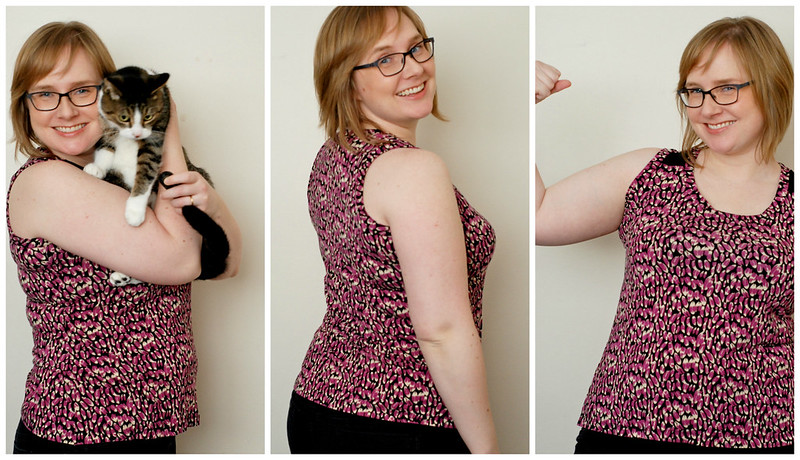 Hello, white arms and Frank the cat! Needless to say, I’ll be wearing this under a cardigan for a good many months yet.

The pattern is Jamie Christina’s Mission Maxi – one of my most-used patterns! I tend to widen the back and straps to make it more bra-friendly. Jalie has a really similar pattern which is included with my favourite raglan shirt, so if you are looking for something similar, I’d recommend that! 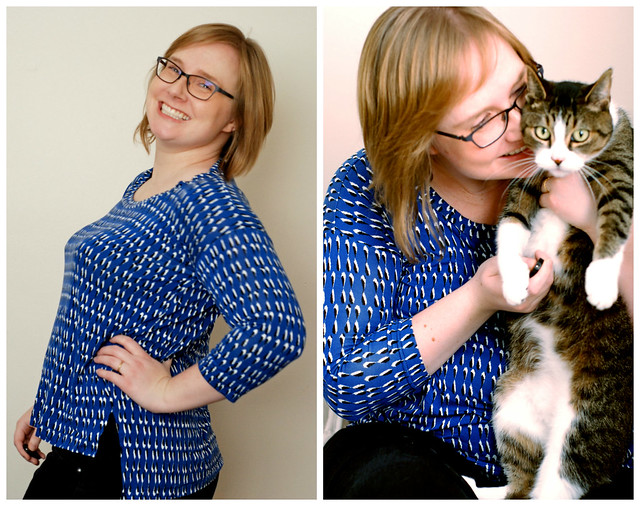 The second shirt is a Grainline Hemlock. I’d tried to make it once before in a stiff stripe jersey, and IT. WAS. HIDEOUS. (I looked like a fat, frumpy hunchback. It was refashioned immediately.) The pattern has been calling to me this spring though, so I thought I’d give it another chance in a drapey fabric! I got this at Fabricland last weekend for $4/m, so I didn’t have much to lose.

Hemlock is a free pattern and drafted for just one size, meant to have heaps of ease on someone slim like Jen from Grainline. I knew I didn’t want that much ease, so I just added 4″ total even though I’m much bigger. Turns out that was too much, so I cut up my finished shirt and basically got rid of that extra ease so that the shirt in the photographs is basically the pattern as drafted, with a split high-low hem for fun, and the neck scooped lower. 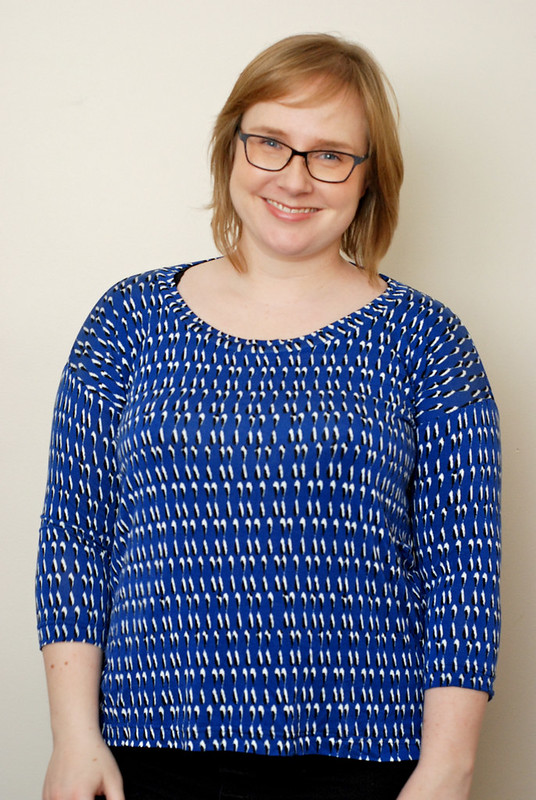 I like the finished shirt, but I’m not sure the dropped-shoulder look is for me. I’ve got very rounded shoulders from slouching, and pudgy arms, so the dropped seam hits at my widest point. (It’s a great pattern though! Well-drafted and quick to sew.) I never regret experimenting with different shapes though – you never know when you’ll stumble on a style that will become a new favourite! Have you got any new styles/trends you’d like to try out this spring?

31 thoughts on “Shirts Of A Feather Flock Together”