I had grand plans for Erin’s kitty-themed sewing challenge… but in the end, I kept it easy with some leopard print! 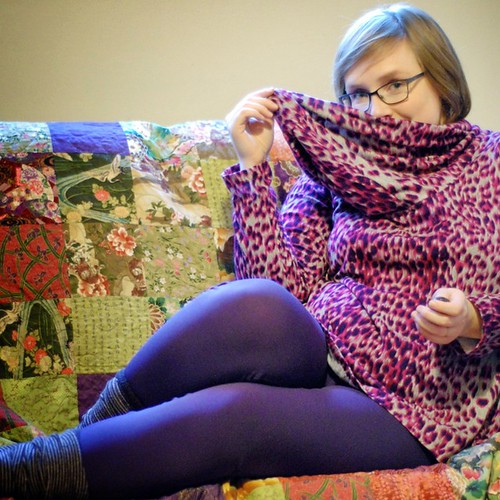 This was supposed to be a cute mini-dress with a band at the bottom (a la Lola) but first it came out too long and then it became too short! That’s what I get for freehand altering a pattern as I go. That’s ok though – the extra length and hem band got repurposed into a big cowl. The cowl is basically an octagon, folded in half to be a trapezoid… and attached to a Plantain tee. It’s vaguely inspired by this Anthro top I pinned last year. The fabric is a strange-but-nice rayon knit from Fabricland… it’s like a cross between a double knit and a pique, somehow? It’s the same line of fabric as I used to make this top last year. 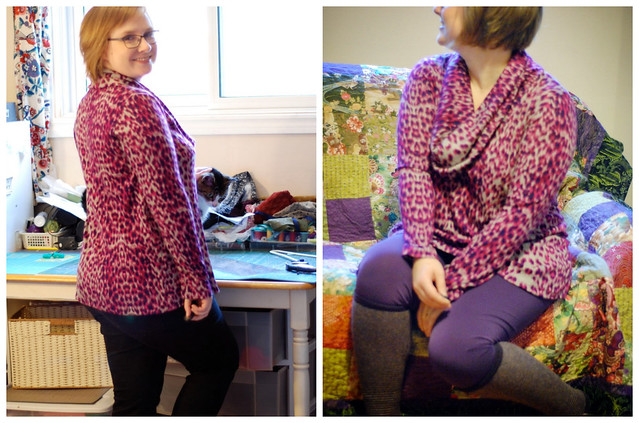 When I think about cats, I think about lounging, so I made some purple leggings to wear with the top around the house. For wearing outside the house though, it definitely calls for pants!

Now enough about that: CATS!

My cats don’t like to be in the same room, so I had to take pics twice… both with equally terrible indoor light and blurriness! But cats, so…cats. 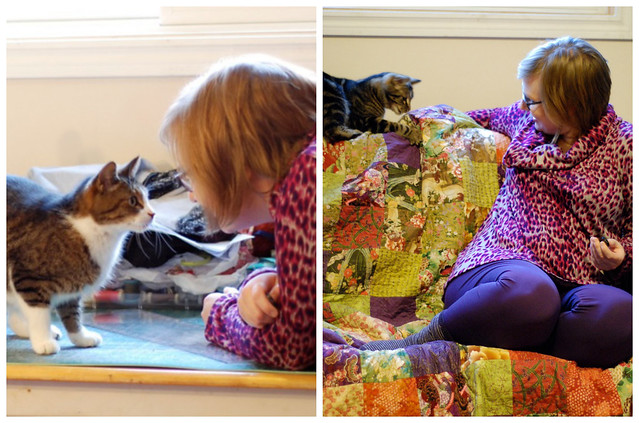 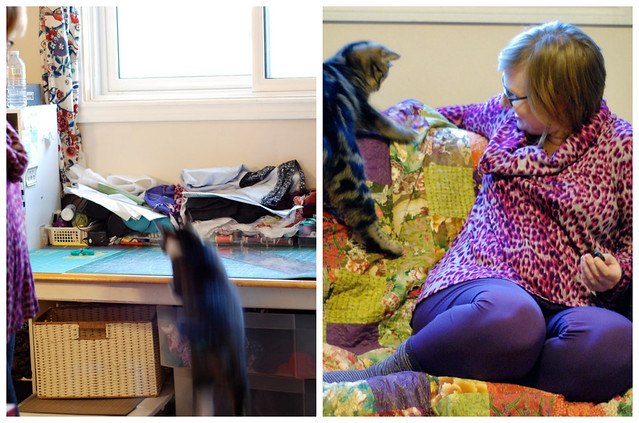 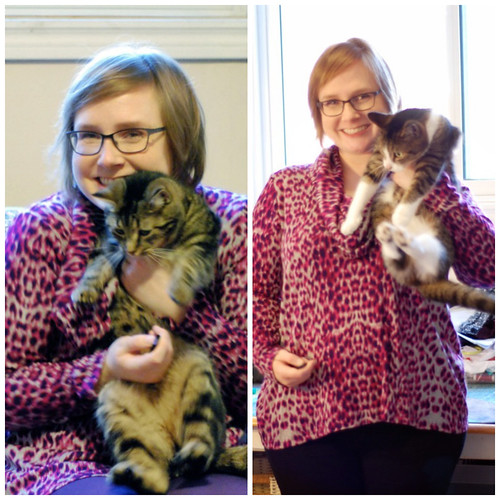 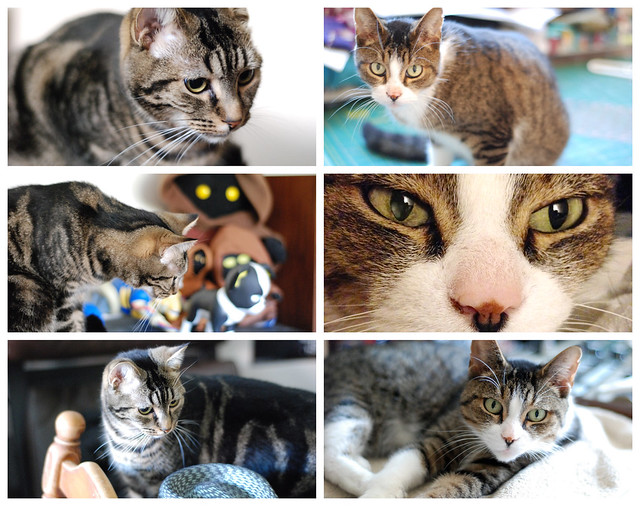 Thanks for hosting the theme and inspiring us all, Erin!