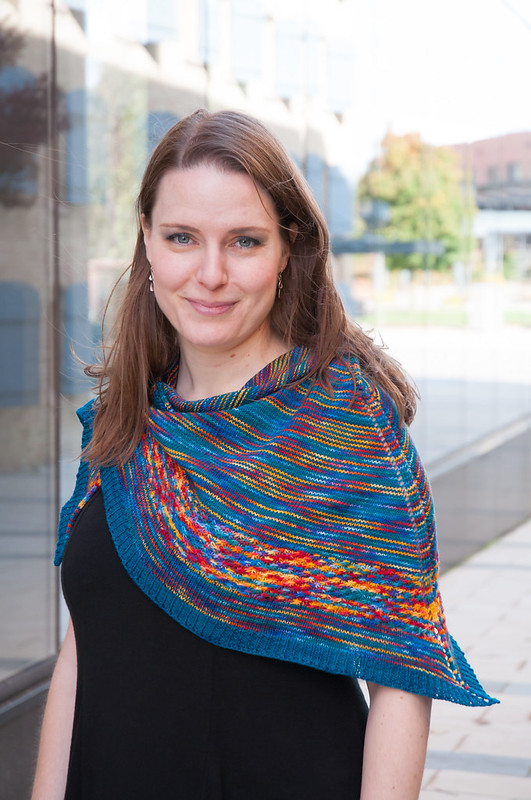 Guys, I’ve got to boast – my sister has released her third knitting pattern!

It’s called “Brightness and Contrast”, and you can ogle it on Ravelry. Anne designed it to really show off a skein of beautiful hand-dyed yarn – you know, the kind you buy because it’s gorgeous but then realise you can’t knit into anything with out awkward colour pooling! (An idea, btw, that I first heard her talk about when we spoke together about colour at her local knitter’s fair!) 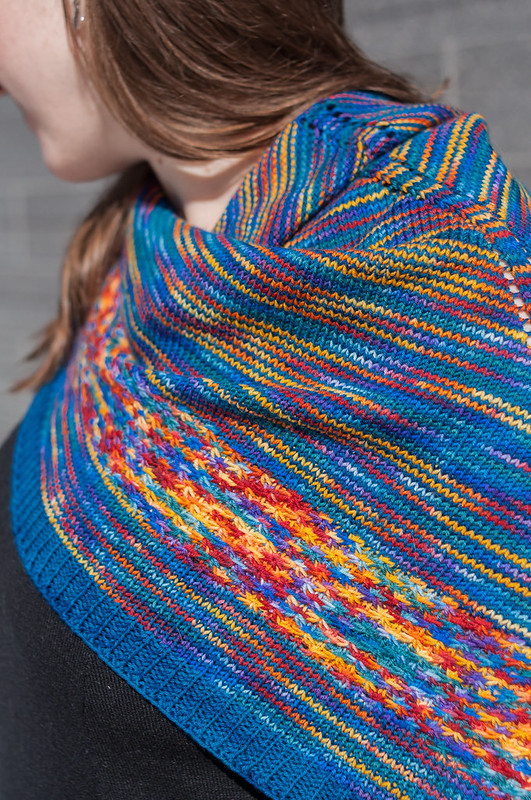 As far as my non-knitter brain understands, the pattern alternates a solid colour with a variegated yarn for most of the shawl. There’s a band of some cool-looking star-stitch-thing (technical term!) and a solid rib border. Whatever is going on, it looks really great without being super complicated! (For knitters who like a challenge, check out her Chawton Mittens which were published in the Jane Austen knitting magazine a few years back!)

Here is her original prototype: 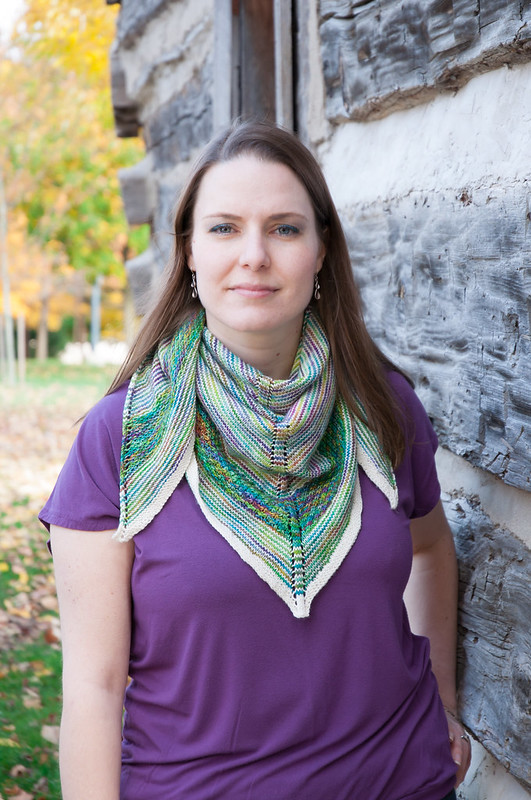 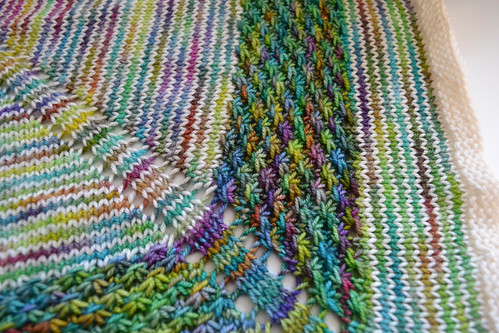 Anne has another shawl pattern called Hue and Value… which begs some questions: What two colour theory terms will she name her next pattern after, and how am *I* the sister known for loving rainbows? 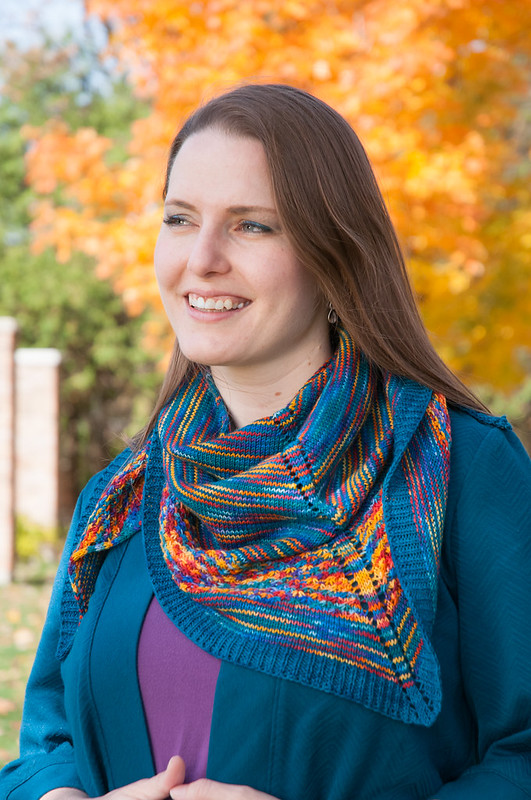 On top of it all, Anne proved her enduring awesomeness by volunteering in my classroom last week (on her holiday!) to teach my kids about knitting and pattern design. The kids charted out their own colourwork design on graph paper, and they were so enthusiastic and inspired by the examples she showed them. It was so fun to hear them say, “I’m making a sweater!”, like a sweater would magically pop off the page. Thanks to Anne and her friend Kim for taking the time to come in!

Anyway, thanks for listening to my bragging… I’m just very proud!

ps. All photos courtesy of Anne and her friend/photographer Merideth Sexton.