My post yesterday ended with a challenge: Can you tell which one of these facts is actually a lie?

Here’s how you voted: 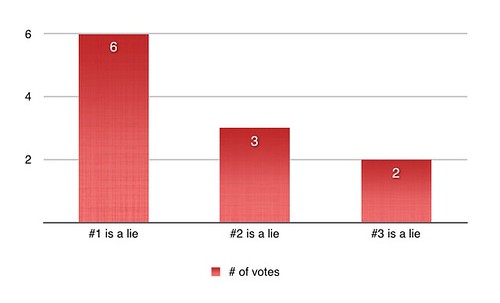 The answer is… drumroll, please…

#2 is a lie! I don’t have any tattoos, though Jamie does… But if I did get one, cherry blossoms would be a likely candidate. Did I fool you?

As for #1, I have indeed lived on 5 continents thanks to a series of study-abroad opportunities. I’m from Canada, obviously, and then my family lived in England for a year when I was 11, so that’s North America and Europe… then at 16 I spent a semester volunteering at an orphanage in Venezuela, which adds South America to the list. 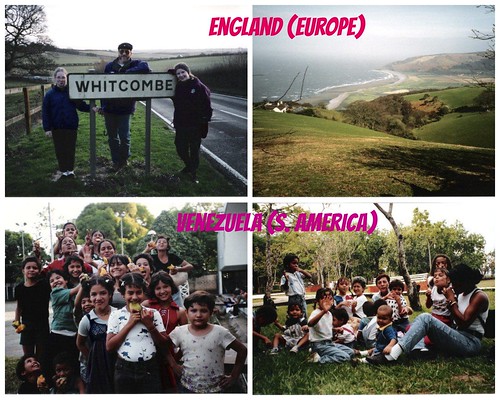 In university I spent a term in Fiji, which is rather a nebulous area – what continent is it? But since the culture and economy look to New Zealand and Australia, I’ve always grouped Oceania with Australia in my mind. (Aussies and Kiwis, am I right or wrong on that one?) Then I spent 5 months in India and 5 years in Japan, which adds Asia to the list. That’s 5 continents! 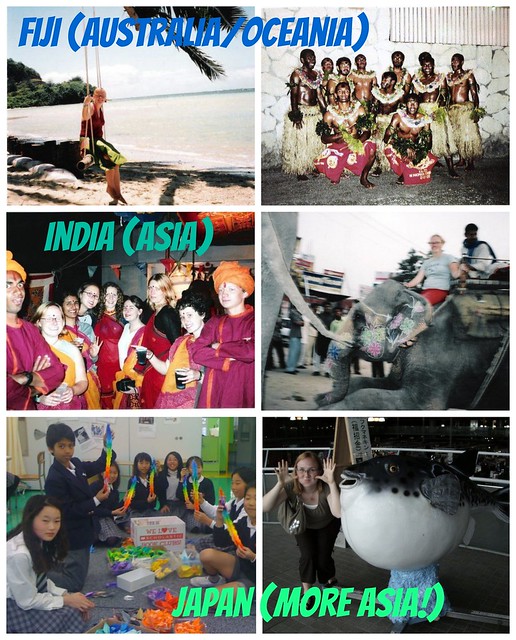 And #3, well, that’s true too… though I’d never claim to have any skill at flint-knapping and I haven’t actually tried in a decade or more. While I was growing up my dad taught a highschool-level experiential archaeology course in the summers, and when I got old enough I took the course. We spent every other day digging a Huron village (that’s one of the local tribes in my area), and on the alternating days my dad taught us traditional skills like gathering and cooking food from the forest, fire by friction, making twine from basswood bark, and flint knapping! There was a hefty history component too, and a written exam, but I’ve blocked all that from memory.

(If you are interested, the pic above links to  my dad making fire-by-friction with a kit prepared with stone tools he made… and I took the pics, many moons ago!)

The truth is that anyone can make a sharp cutting or scrapping edge quite easily as long as you have the right rock to begin with. In our area it’s called flint, but it’s also called chert… it has (and this word has stuck with me forever!) a cryptocrystalline structure which means that when you smash it with a hard river rock, it breaks in a curve – kind of like how glass breaks! Once you’ve got big flakes you use a smaller tool (my dad uses deer antler) to flake off little bits to refine the shape. Flint tools can be incredibly sharp – potentially even sharper than a stainless steel knife! Making a great knife, arrowhead or awl takes a huge amount of skill, and I certainly can’t do that… but I’d like to think that after messing around with flint-knapping all my life I could still make a basic tool now. (I’ll try and let you know next time my dad brings his tool-making kit in to teach my Grade 3’s while they are studying about First Nations!)

So there we are! I would love to get fooled by you now… so I nominate you all to post two truths and a lie on you blog or IG! In particular, I’m going to #sewingdare my sister Anne, who has been really busy and hasn’t blogging in a while; Malora, who has never blogged as much as she has this past week; Leila, because she’s go so many cool experiences in her past that I bet she’ll trick us; and… any one else who wants to join in!

(If I didn’t pick you, it’s only because I don’t like pressuring people into things if I’m not sure they are game! 🙂