The Kitschy Coo Comino Cap dress feels like an instant classic. Lady Skater never quite worked for my figure, but somehow this one makes me feel chic and comfy at the same time! 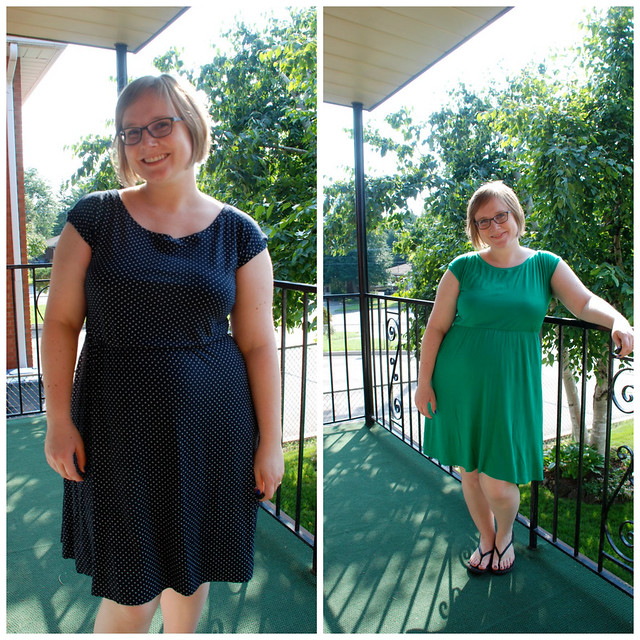 The green version was a muslin trial… it’s just too bad that when I first got the fabric I thought it was *too* green so I tried to dye it darker… which didn’t change the colour but did leave dark splodges on some parts! Darn. It’s a very thin rayon cotton from fabric.com, which does rather show all the bumps and lumps under it. Even with a slip. Darn again. Guess I just need more green fabric?

The navy is the bamboo knit that I showed in my fabric.com haul video… and it sewed up just as nicely as I hoped. Hart’s has similar fabric in a whole bunch of colours, and I’m seriously tempted to order a lot of it! 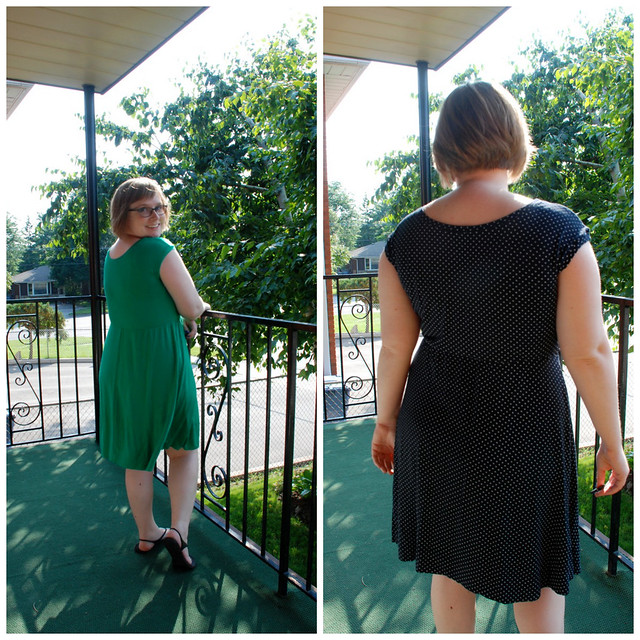 Back to the pattern. I shortened the bodice about 2”, and put fold-over elastic at the waist seam to keep it snug. The “waist” on both dresses sits just at the bottom of my rib cage, which is quite high – but that’s how I like it! My hips start right under my ribs, so an empire waist is more flattering on me.

(Actually, when I first made the green dress is did a nice little blousey thing at the waist… 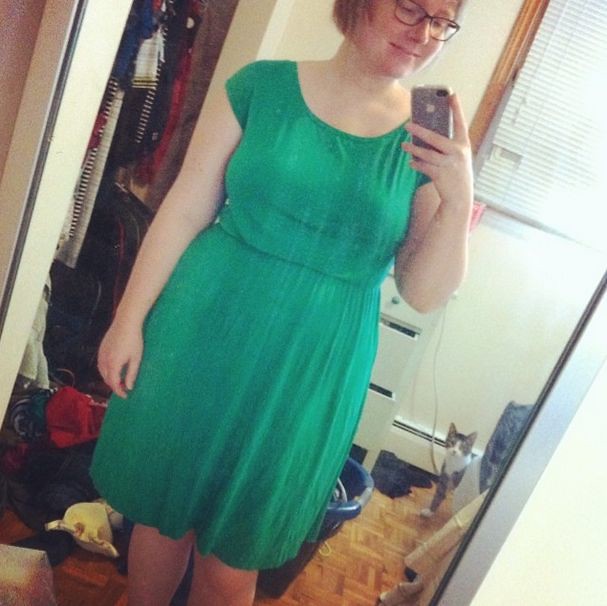 …but then for some reason I now forget, I had to resew that seam and lost some of that length. The elastic was too tight, maybe? I’d like to explore that style again on another version though…)

What I like most about the pattern is the wide scoop neck that still manages to cover bra straps. The cap sleeves fit nicely, too. I think I have more ease in the skirt than the design calls for, because I raised the waist, but I like how it turned out. 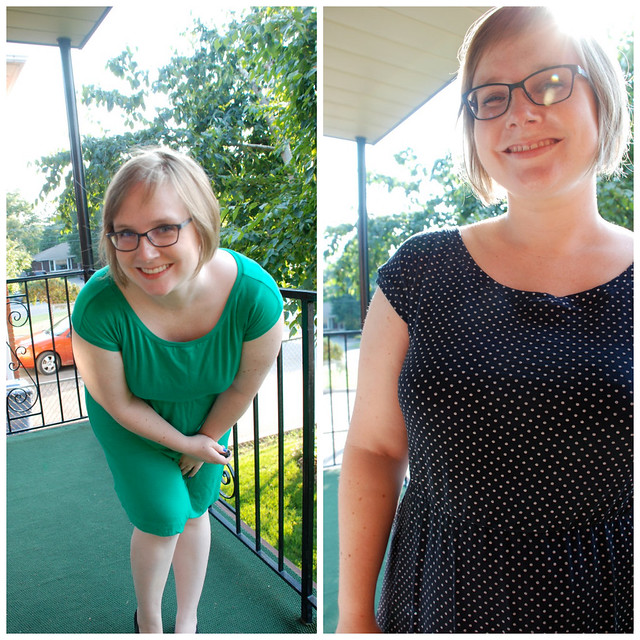 It’s the perfect basic dress, really. It would look great with a belt (but I hate the thought of wearing a stiff belt when I’m in a stretchy dress), and it’s going to be great for layering and accessorizing. This version, without the sweetheart neckline, is the sort of wardrobe basic that you could wear all the time without people noticing the repeats. Not a show stopper (at least not the way I’ve sewn it), but the sort of dress that gets worn again and again!

So, could you help me choose? *If* I were to order some bamboo dot fabric from Harts, should I get the purple, coral, green, or blue?