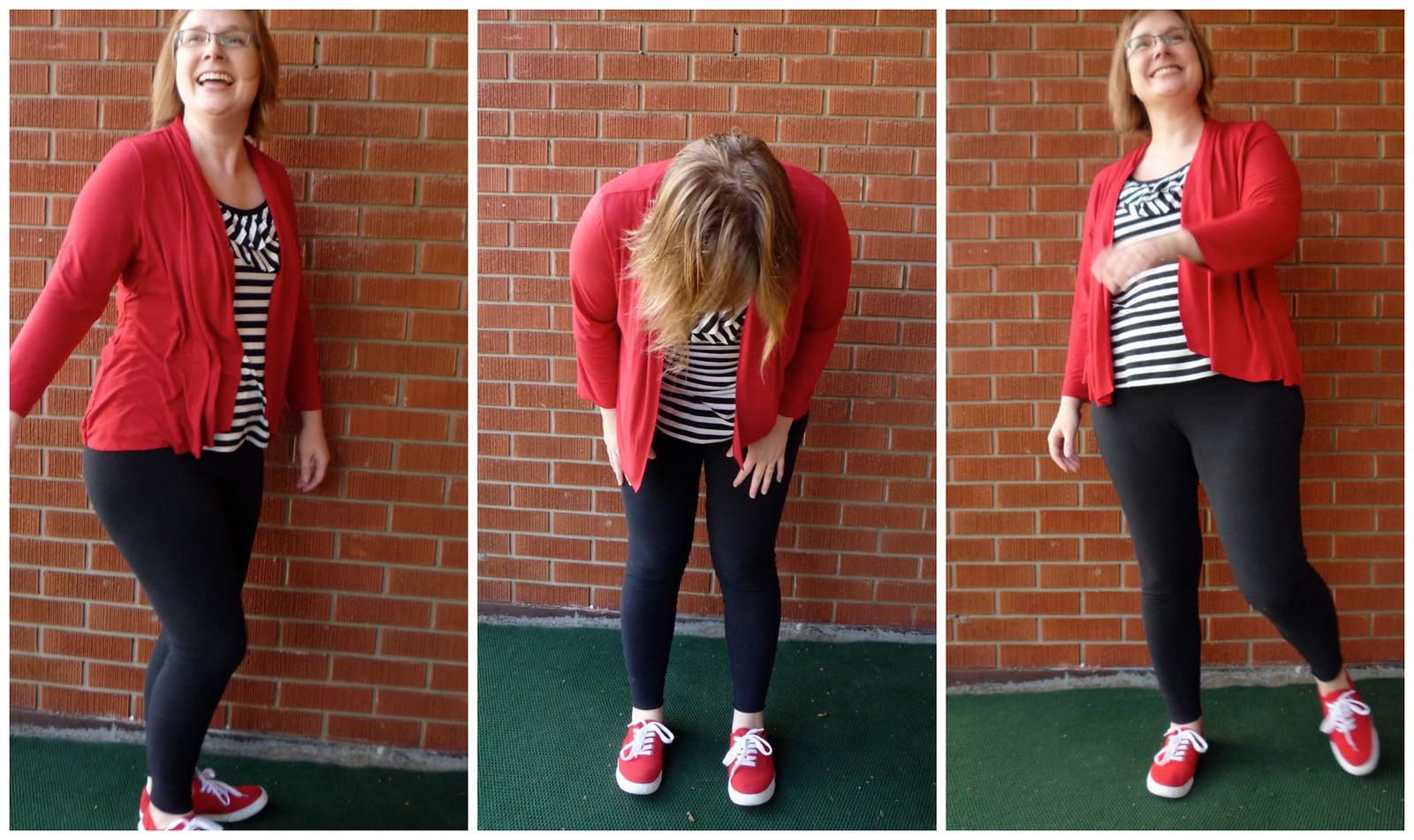 To my delight, Steph asked me to be a pattern tester for the leggings back in September. I was particularly curious because I’ve quite happily made several pairs of leggings with a very similar one-seam Style Arc pattern.

The pattern, as you’ve surely heard by now, is a really cool dot-to-dot style that drafts leggings for your exact measurements. I found it quick and intuitive to plot out.

Since I was being a pattern tester, I timed each step: 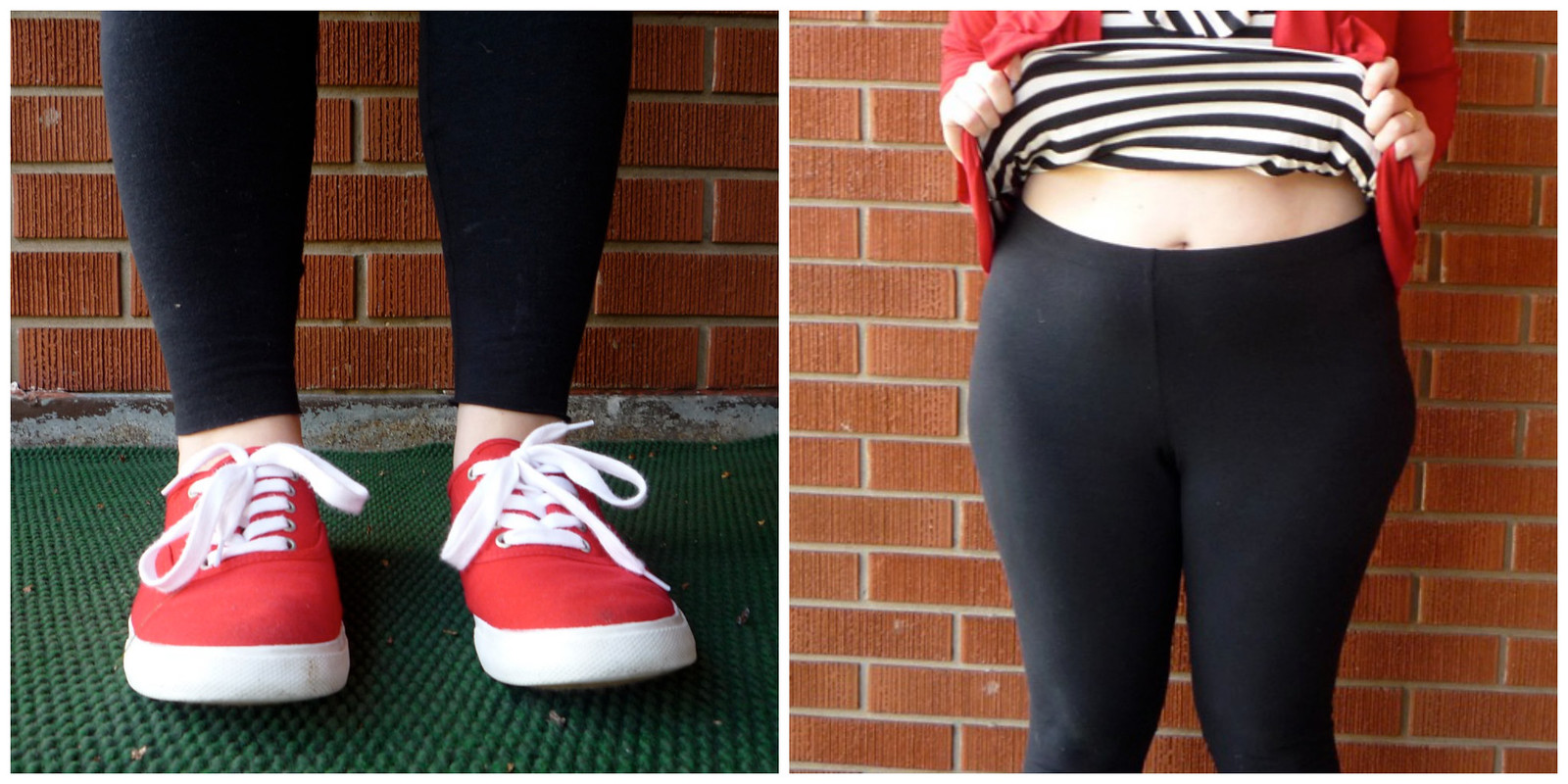 The major difference I found between this pattern and my other pattern is how it fits at waist and ankles. Because I drafted it to sit at my natural waist, it’s higher rise than my other pairs. I used sturdy elastic and a very stretchy 4-way knit, which means that it doesn’t budge during the day. No more being caught hitching up my leggings in public! (Seriously, why does someone always walk around the corner while I’m doing that?)

The leggings also fit snuggly at my ankle, which means that they also sit a bit higher, instead of length pooling at my ankles. That’s neither here nor there, but something I notice while wearing them!

Now, I’m not advocating leggings-as-pants with this photoshoot, but I thought you’d like to see how well they fit – you know, for science! No pooling, no bagginess. Seriously, since I made these, they are the only leggings I want to wear. (Bonus: I had enough fabric to make a pair of bike short ones for wearing under dresses next summer!)

Done looking at my tush? Good! Because I also made my cardigan and tank! (A girl has to have something new to wear for a leggings photoshoot, ammiright?) 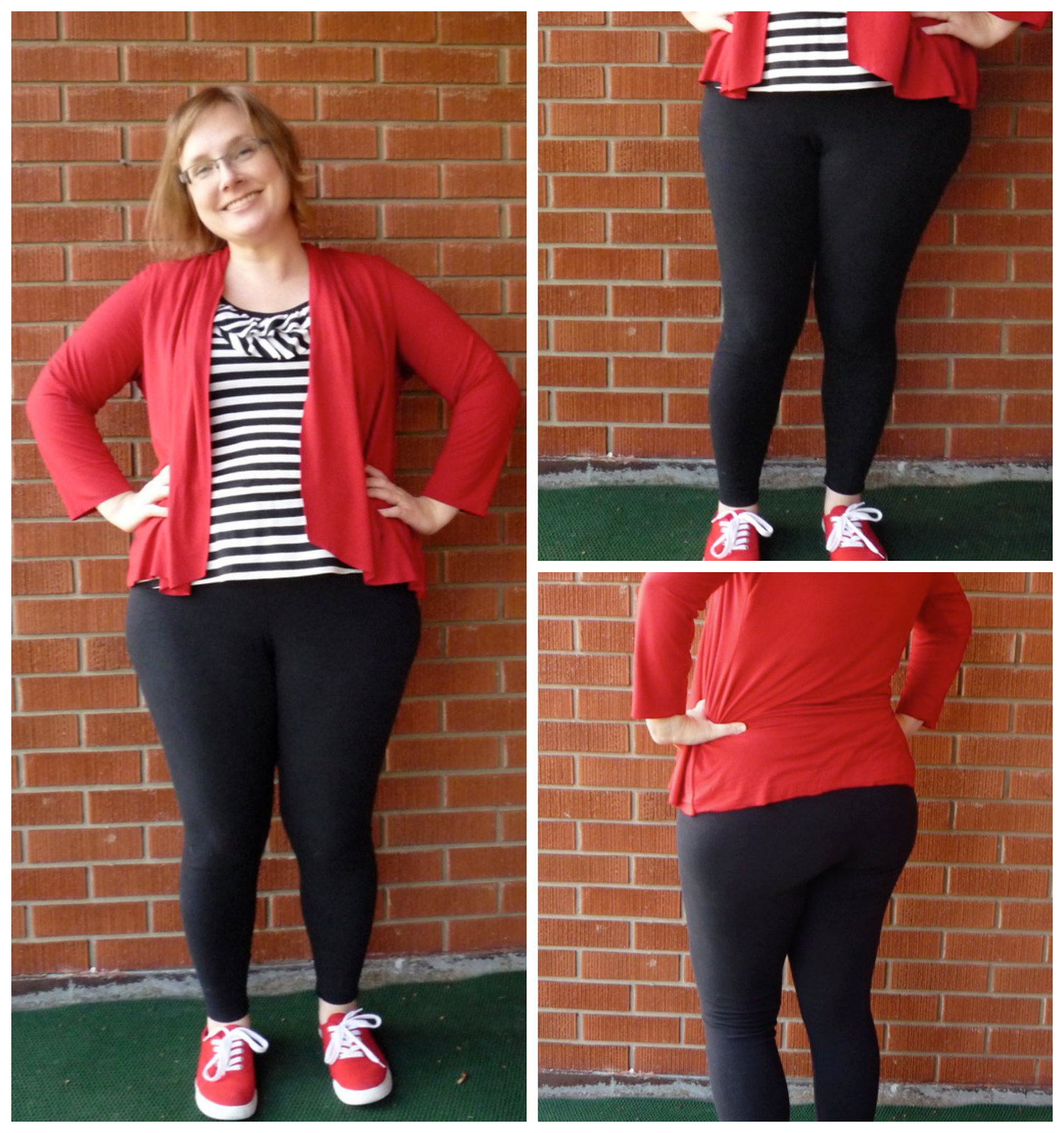 The tank is my current obsession, the Mission Maxi pattern, with a less-racerback back to cover bra straps! After I cut it out though, I realised I had 2 other near identical me-made tanks already (one the same fabric in a different cut, one the same sewing pattern in a slightly thinner stripe!) To make it slightly different, I added two layers of circular-ish ruffles. Now hopefully my colleagues won’t think I’m wearing the same top every day!

And the cardi? It’s my #sewredoctober project!

I bought this rayon jersey with the lovely Rochelle (aka. Lucky Lucille) in at JoAnn’s in Buffalo this summer. I couldn’t think what to make until I remembered this pattern! It’s McCalls M5890, which I blogged about making last year. I wear all 3 of those versions often still. This time, instead of having a long waterfall drape in the front, I curved the bottom edge up instead. I like how it makes it look like a different pattern!

Now that repeats are taking over my wardrobe, I’m wondering how obvious it is to people who see me every day! Can they spot the 6 identical pairs of pants, or the endless parade of Tiramisus? I’m hoping not! But then again, why should it matter?

Do you avoid identical-looking clothes in your me-made wardrobe? And have you experienced the joy of perfectly fitting leggings? Because if you are looking for a pattern, I’d definitely suggest the Espressos!

One thought on “Sew… Black Leggings and Red October!”